Matthew 25:40: “Verily I say unto you, in as much as you have done it onto one of the least of these, my Brethren, ye have done it unto me.”

Over the past months I have written about the need for Whites to listen, learn and recognize the plight, anger and demands of people of color. Uniquely, 2020 provided many opportunities for that journey toward clarity and, hopefully, participation in needed reform. Specifically, the teaching opportunities in 2020 were presented by George Floyd’s death; the rise in White supremacy; and, dramatically and tragically, COVID-19.

No other example is more pungent than the reluctance of people of color to take the COVID-19 vaccine. In September, I wrote an article entitled “White America may have amnesia, but don’t ask Blacks to forget,” which really also served as an introduction to the thought of Blacks being reluctant to take the vaccine. Blacks have many reasons to be distrustful of public health guidance. Beyond slavery and all of its residuals, Blacks remember the Tuskegee Study For 40 years, beginning in 1932, African Americans under the direction of federal health officials, were given injections of syphilis, without their permission or awareness. By the mid-1940s, penicillin was proven as effective treatment for the disease, but men in the study were not offered the cure.

In other instances, during the 1918 flu pandemic, Blacks routinely were denied health care thanks to Jim Crow racist policies that lasted into the 1980s. Black women in Mississippi were sterilized, without their permission, to prevent the birth of Black children. Flint, Michigan, recently joined a < settlement for $641 millionover lead in the water of the majority poor and Black city.

American’s longstanding disparities in health delivery, death rates of people of color, captured in myriad studies over the years are part of the problem of economic disparity among people of color in America. And we simply cannot overlook the mistrust that has been generated by the lies and misinformation about the coronavirus from this administration.

I could continue, but I hope that with this short list, we can agree to acknowledge the distrust and reluctance of African Americans to take the vaccine. We don’t trust the “system." According to a Kaiser Health study, “over 35% of Blacks either don’t, or probably won’t see themselves, as taking the vaccine.” Of those Blacks, 71% attributed this to distrust.

In spite of the distrust, I believe there is a viable path for African Americans to evaluate, and yet embrace taking the vaccine. First, it needs to be also acknowledged that unless approximately 75% of Americans get the vaccine, the effectiveness for our country will be severely retarded.

Secondly, we have to be clear about the dangers of not taking the vaccine. We all know someone who has succumbed to COVID-19. Without the vaccine, more people will die. Tuskegee was a trick using Black folks as guinea pigs. This is not the case for the COVID-19 vaccine — everyone is being asked to take it.
Finally, instead of the virus subsiding, we are in another surge, and don’t have the luxury to ignore the reality of this virus and its more virulent permutations.

For all of us African Americans who have a reluctance, I suggest the following path:

Analyze the data, follow the science of the impact and safety of the vaccine and use our trusted and credible sources to evaluate it with them. For the record, Dr. Kizzmekia Corbett was an African American lead scientist in the development of the vaccine. Additionally, we have numerous trusted African Americans who are in the health care delivery system in our community. Furthermore, African Americans are part of all groups in line for early distribution, including medical personnel, first responders, the elderly and people in group settings. These groups have already begun to receive the vaccine.

We, the community, have a responsibility to demand that our trusted sources make their recommendations known. I am confident that our community experts will alert us to any concerns stemming from the vaccine. I will take the vaccine as soon as my turn comes up. Also make sure we practice safe measures now, during and after your inoculations.

Given the history of disparities, we must hold the state and county responsible for distributing the vaccine in an equitable way to communities of color in subsequent phases. We must hold them accountable and they must distribute equitably.

May readers learn from this teaching opportunity, not only about Blacks’ reluctance toward the vaccine, but also Blacks’ lack of trust in the system that continues to consciously and unconsciously enforce disparities across institutions, including mass incarceration, policing, education equality, economic development and health care affordability and availability. Become an ambassador for equality. Demand, change and reform in policies, programs and institutions in all levels of government. 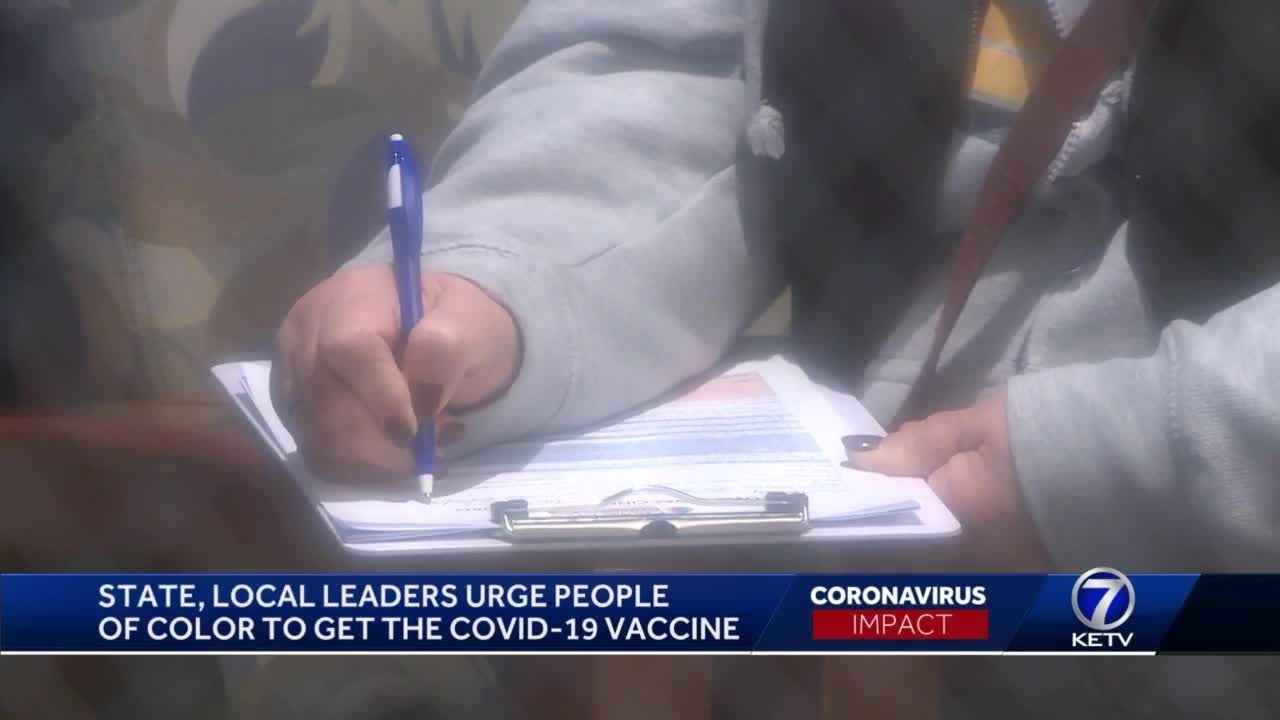