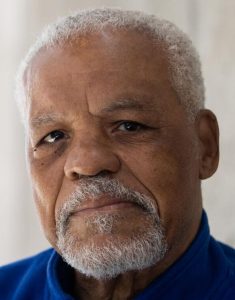 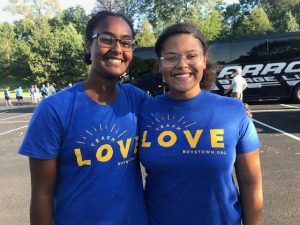 Megan Lambert, left, and Boys Town Mayor Maddie Hagan, among the 40 Omaha-area high school student who, along with OPS principals, are on the Black Votes Matter Face-to-face with Black History Tour of civil rights sites in the South

As debates over voting rights and other ongoing American racial issues are once again resounding, 40 metro Omaha high school students have been exploring relevant history in person while on a tour of key civil rights sites in the South.

Their tour bus has taken them to such places as the Lorraine Motel in Memphis, Tennessee, where the Rev. Martin Luther King Jr. was assassinated; to the home of slain civil rights activist Medgar Evers in Jackson, Mississippi; and the 16th Street Baptist Church in Birmingham, Alabama, which hosted meetings that contributed to key demonstrations in the movement and where a 1963 bombing by Ku Klux Klan members killed four children in Sunday school.

They were to cross the Edmund Pettus Bridge in Alabama, where protesters marching for voting rights were beaten and tear-gassed by state troopers and local law officers in 1965.

This weekend, the students were to be joined by seven Omaha Public Schools principals for visits to the Rosa Parks Museum in Montgomery, Alabama, and King’s home church, Ebenezer Baptist in Atlanta. The principals’ participation was encouraged by the OPS Office of Equity and Diversity and funded by a grant.

Love and history experts, including people who participated in some of those historic moments, are discussing the events in context with civil rights and related American history, and students are encouraged to reflect on it.

He said this year’s tour, the first since 2019 because of the pandemic, took on added importance because of the murder of George Floyd in Minneapolis, the protests that followed and the current voting rights discussion. But Love, who ran for the U.S. Senate last year as a write-in candidate with the support of the Democratic Party, said it’s not about politics but about helping young people understand history, their place in it and their role in civic life.

“We’re trying to connect the history and help them process these things,” Love said. “What we’re teaching is history. These are facts about what happened. We’re not making up stuff up.”

The tour participants approached it eagerly.

“Honestly, I could’ve gone somewhere else this summer,” said 15-year-old James Upshaw, a sophomore at Burke High School, mentioning Los Angeles as a vacation possibility he eschewed. “But I wanted to do this, to learn about where my ancestors came from, about what we had to deal with, all the struggles we had to come through in America. ... I’m excited for what I’m really going to learn.”

Boys Town Mayor Maddie Hagan, a 17-year-old senior, was ecstatic be on the tour, though she was expecting somber moments when encountering places where people were brutalized.

She and Megan Lambert, a 16-year-old junior, said they planned to share what they learn with their peers, and to apply it in their lives as young Americans with an opportunity and responsibility to help change their world.

“It’s different to see this face to face than in a textbook,” Hagan said.

Kristine Denton, principal of Minne Lusa Elementary School, leaped at the opportunity offered by OPS administrators. She said it would help her learn, grow and positively serve the community she works with.

“And I love the whole message of not only learning our history, but being able to learn it through the lens of the students that are attending, so that we can come back and share not only the story of our past but the story of the future, because the teenagers going are just going to just grow and get a whole lot from this.”

McMillan Magnet Middle School Principal Monica Green said she saw the trip as an opportunity for her as well as the students participating to understand how history affects people, including themselves.

“Any contribution that a kid has about their own history definitely enriches the dialogue in the conversations in any classes in our district. ... Those are opportunities that we always want to have for our kiddos,” Green said.

She and others will share what they’re learning, and their experiences, with fellow principals in a leadership group that has been studying the role of African American educators in the civil rights movement and how it relates to the work the principals are doing now. Green may invite high school students from the tour to talk with her students.

Denton said the experience of the tour and related study will help build an awareness of how events in the past affect present situations, which can help leaders have open conversations and tackle current issues.

The other OPS principals who were to join the trip were Tarina Cox-Jones of Skinner Elementary; Thomas Lee of the new Westview High School; Anthony Clark-Kaczmarek of Alice Buffett Middle School; Carrie Carr of the planned Buena Vista High School; and Tyree Sejkora of Lewis and Clark Middle School.

The group plans to return Monday.